Originally constructed in 1941 by the Army Corps of Engineers, in response to devastating floods in 1936 and 1938, Lowell’s Flood Damage Reduction (FDR) System protects the neighborhood near Lakeview Avenue adjacent to Merrimack River and Beaver Brook.

The original design was composed of two sections, each containing an earthen levee and concrete wall. Later, the West Street Pump Station was added to remove stormwater from the  neighborhood during flood level conditions (rainfall following an epic storm). The pump station was rarely used, however, and fell into disrepair until a recent rehabilitation.

The final piece to the current FDR is a temporary flood wall across Beaver Street that utility staff install in the event of a flood event to further protect the surrounding neightborhood.

Recently FEMA has proposed changes to Lowell’s flood map, which you can view here. 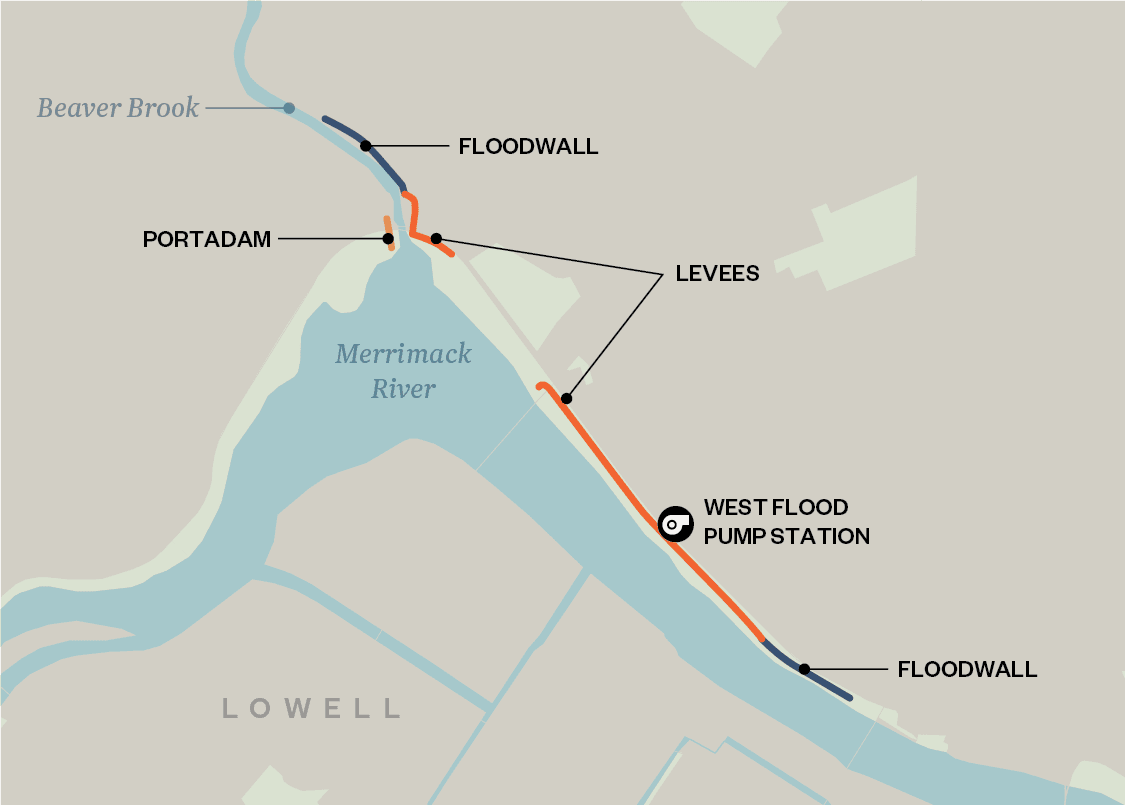