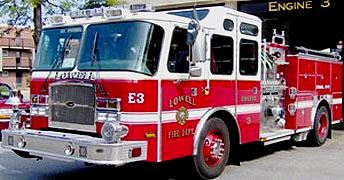 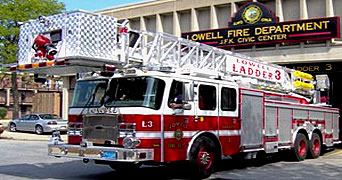 ​This is the Lowell Fire Department Headquarters. C2, Engine 3, Ladder 3, and Rescue 1 are at this facility. The administration offices and the repair shop is also here.

It opened in 1972 to replace the aging Palmer Street Station.​

​ Ladder 3 (L-3) is a 2006 Emergency One Aerial Platform (95 feet) stationed at the JFK Civic Center.
​ Captain Nathan Kilbride is the company commander.
​
​

​ Rescue 1 (R-1) is a 1998 Emergency One Cyclone Heavy Rescue vehicle stationed at the JFK Civic Center.
​ Captain Arthur Calavritinos is the company commander.
​
​