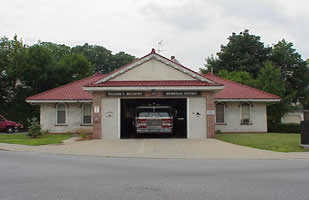 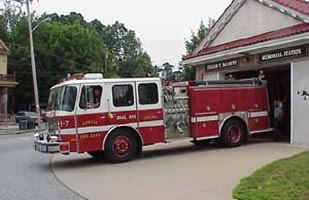 ​Lowell Engine 7 is located at the intersection of Pine Street and Stevens Street. This Station houses Engine 7 and has been in operation since 1924 serving the residents of the Highlands section of the city.
​
​ On Sunday, October 25, 1992 it was dedicated to the memory of Lieutenant William P. McCarthy former Secretary/Treasurer Emeritus of the Professional Firefighters of Massachusetts State Union. Lieutenant McCarthy passed away in November 1991 at age 83.
​
​