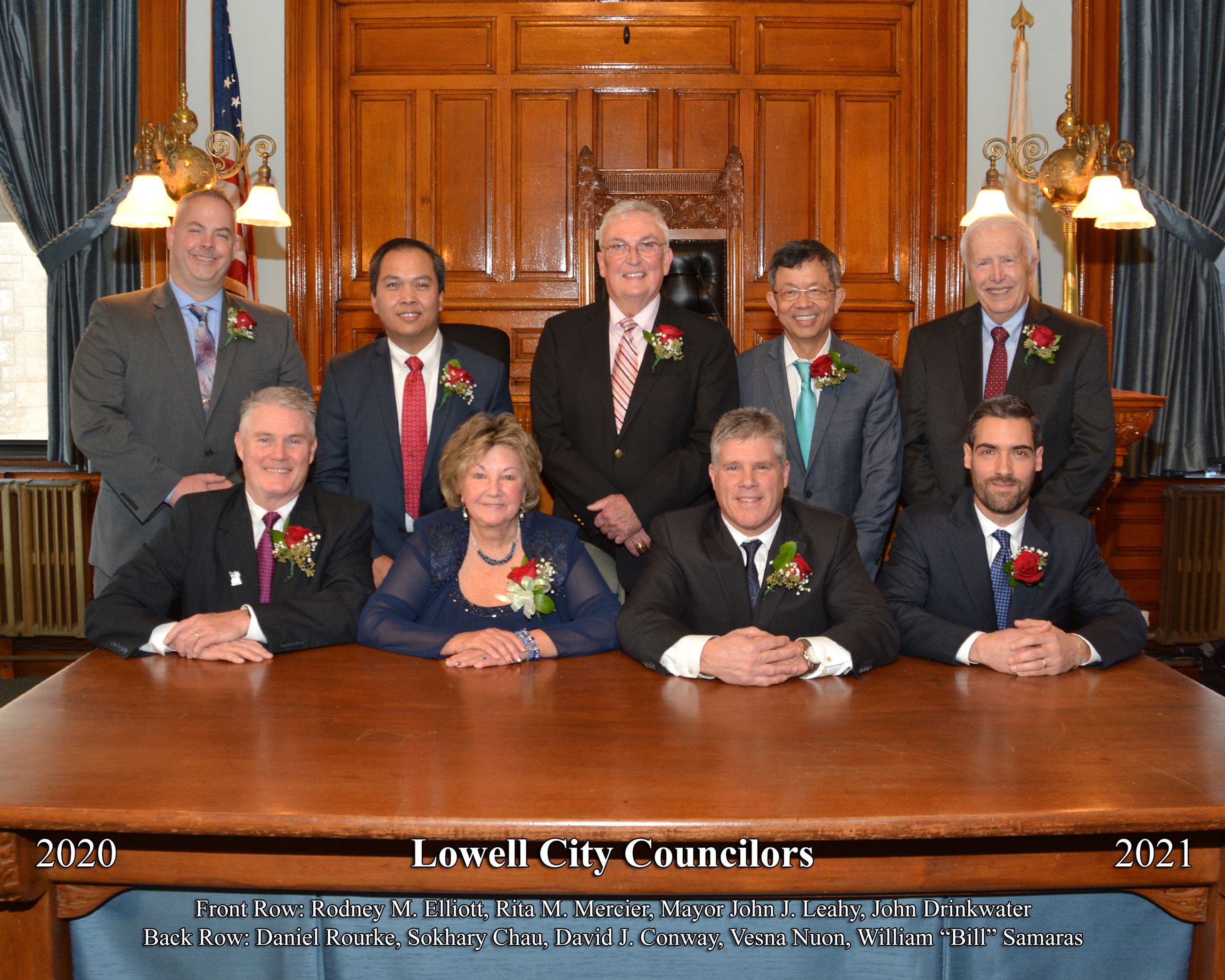 Council meeting dates, agendas and minutes are available online and meetings are broadcast live (and available for replay) through LTC.

View the most recent agenda and minutes.

Please note that as of March 2020, voted to meet according to a summer schedule due to the coronavirus crisis. Meetings will be held on the second and fourth Tuesdays of each month until further notice.

The City of Lowell was founded in 1826 as a planned industrial city, and incorporated as a City in 1836. Situated 28 miles northwest of Boston, and with a growing population exceeding 100K, Lowell is the fourth largest municipality in Massachusetts.

"The fundamental purpose of government is to provide for the safety and welfare of its citizens." - Anonymous

Among its duties, the City Council:

Numerous City Council Subcommittees work with various constituents and departments on execution of City services and activities, and review proposed plans, ordinances, resolutions, and orders before they are voted on by the full City Council.